Whether you’re a savvy investor or a small business owner looking to expand into a new space, partnering with an experienced, capable agent can provide you the best financial outcome. Connecting the right buyer or tenant with the right property takes a combination of expertise, resources and market knowledge, and Radius Commercial Real Estate consistently delivers the goods.

When one of Santa Barbara’s largest underutilized properties came on the market at the corner of Chapala and Victoria Streets, Radius was able to move quickly enabling their client to prevail against 10 competing offers and secure the property in just under three weeks. Now the Alma Del Pueblo project, perhaps the most important redevelopment in Santa Barbara history, is slated to open later this year and consists of 37 residential condominiums and the highly anticipated 15,500 square foot Santa Barbara Public Market. 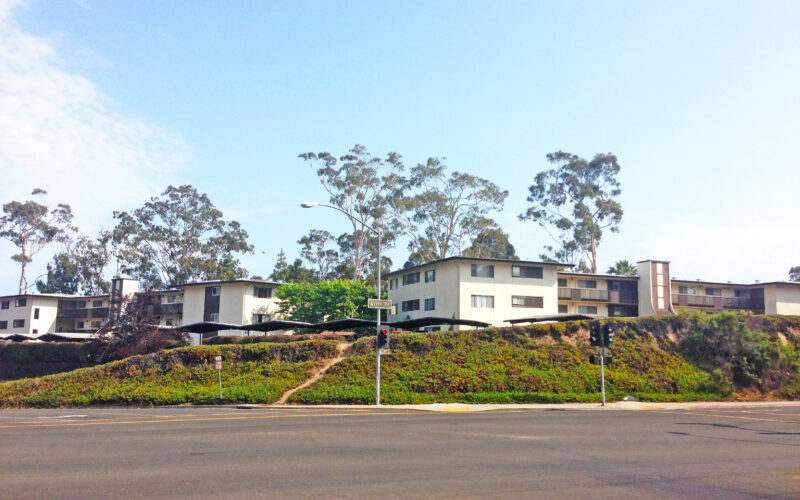 Atop the shoreline bluffs of one of the South Coast’s most desirable neighborhoods sits this 97-unit gem. When Radius was approached about its sale potential, we knew conditions were ripe to fetch top dollar for the multifamily property. Exploiting an unmatched arsenal of contacts, resources and skills, Radius cast a wide net to market the property. After a short listing period and numerous competitive offers from across the country, the property sold to a local investor above asking price, with no contingencies. Despite the speedy sale, the transaction’s complex nature meant that numerous hurdles had to be cleared to complete the deal. Radius deftly navigated the process with a variety of players in the mix, including the City and legal counsel for both parties. Ultimately, escrow closed just 5 months after hitting the market, and the $33.5 million deal stands as the largest sale of multifamily property ever recorded in the city of Santa Barbara. 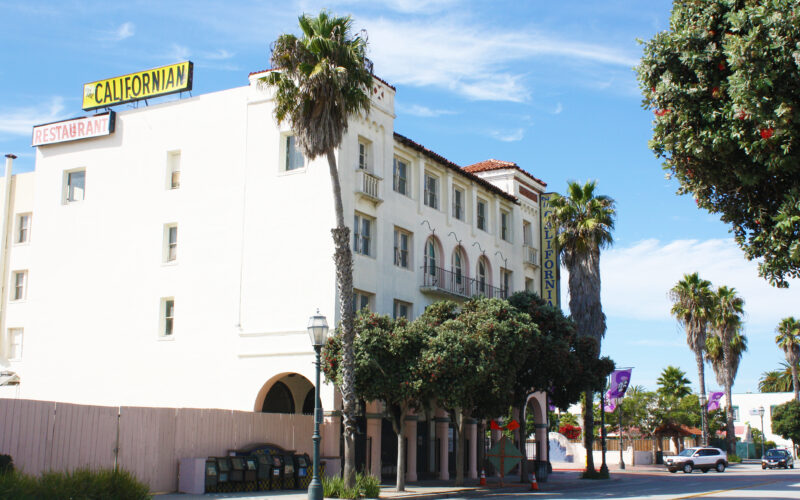 In this complex deal involving a 123-room, beach-front hotel development project, the bank-owned asset was encumbered by many factors, including entitlements involving multiple parcels as well as several existing long term land leases. Radius successfully navigated the project’s many hurdles with the city, architect and property owner, finding a buyer less than six months after listing the property. 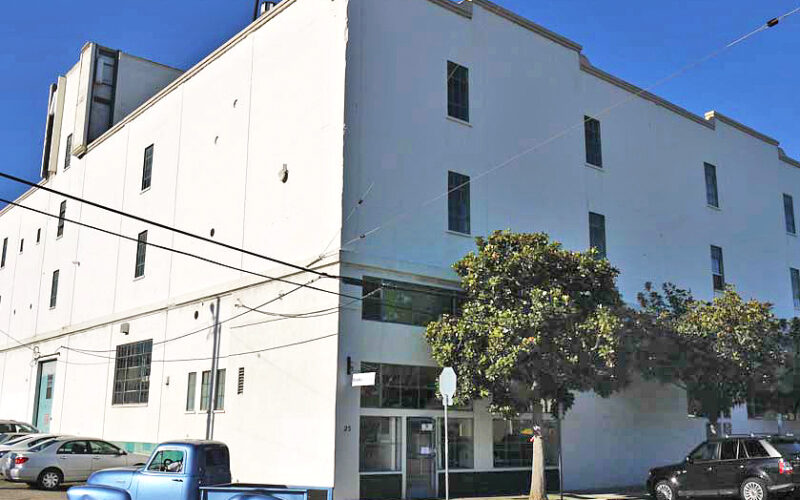 Now leased by Sonos, the 47,000 SF building stands tall as the largest office/R&D sale in the city of Santa Barbara since 2007. The former Bekins Moving & Storage building at 25 E. Mason St. now serves as the corporate R&D headquarters of the wifi sound system giant who occupies the entire building and holds a 10-year lease on the property. The iconic Funk Zone building, listed at $21.5 million, last changed hands in 2011 for $9 million. 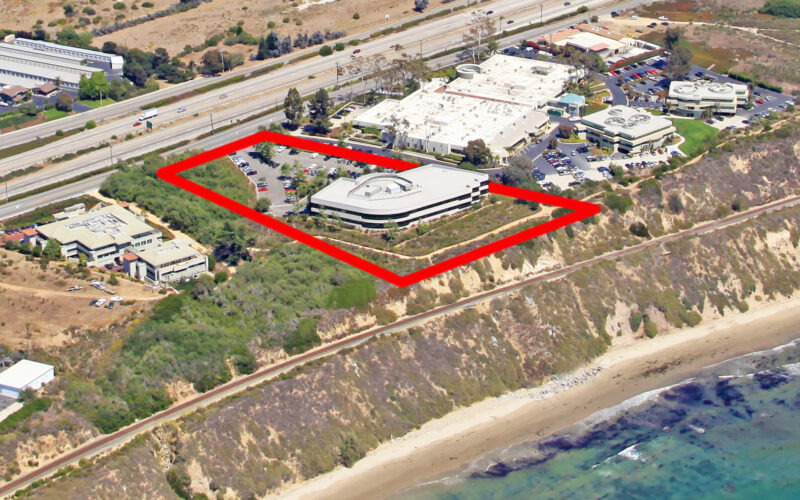 Many of the area’s top commercial real estate investors look to Radius for exceptional opportunities to bolster their portfolios. In 2013 we delivered again for one long-time client with the acquisition of arguably the highest profile office building on the Central Coast. The impressive, 51,000 square foot “Venoco” building, headquarters of the American oil and gas exploration and production company, sits atop the bluffs of Carpinteria and features panoramic ocean views from nearly every office. The transaction was one of the largest sales of office property in Carpinteria’s history. More importantly, Radius succeeded in negotiating the best terms for a valued, loyal business partner. 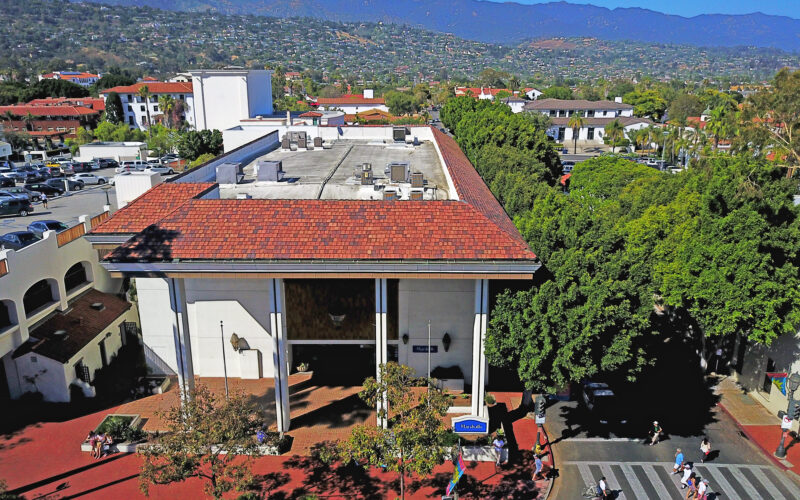 The prominent “Marshalls” building (formerly Borders Books) on the corner of State and Canon Perdido Streets sold in November, 2013 to an out-of-state investor with strong local ties. The off-market, all-cash transaction is the largest sale of retail property in Downtown Santa Barbara in many years. The property last sold in 2011 for $10 million upon the exit of the now defunct Borders. Marshalls soon stepped in and the apparel and home goods discounter holds a long-term lease through 2015 with multiple options. Demand for Santa Barbara real estate among investors both inside and outside the market continues to rise amid conditions of extremely tight inventory and cap rates and lease rates at pre-recession levels. 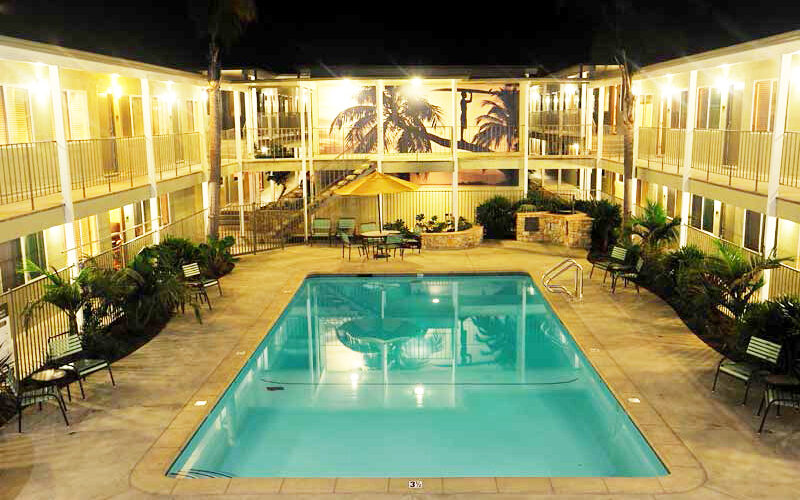 The high profile sale of the 63-unit New Tahitian Apartments in Isla Vista was one of the largest sales of multifamily property in Santa Barbara County in 2013. The property was purchased for $14.3 million by a local investor as a long term investment due in large part to its close proximity to UCSB, Isla Vista’s high population density, second only to Manhattan, and the market’s extremely low apartment vacancy rate (just 0.94% according to the most recent Dyer Sheehan survey). Demand for such properties in Isla Vista remains at an all-time high despite shrinking inventory. There have been just 11 sales of multifamily property in Isla Vista since 2011, compared to 39 total between 2008 and 2010. 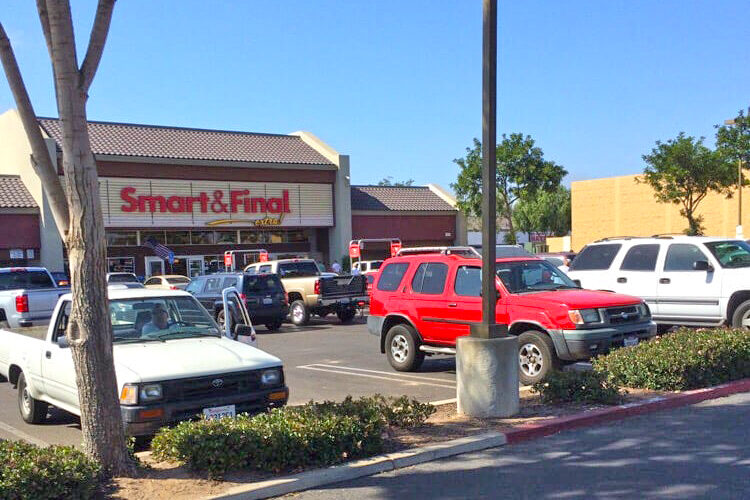 The 2013 sale of this prime Santa Maria retail property earned Radius Principal and Co-Founder Steve Golis the Santa Barbara Association of Realtors Jack Kelly Award for performing the year’s most challenging 1031 exchange, an often complex strategy used to defer capital gains tax by selling one property and acquiring another “like” property within a very specific timeframe. Golis and teammates Brian Johnson and Jon Standring secured separate replacement properties and performed independent exchanges for the joint owners of another property, one of whom created a unique challenge as he lives in Russia. The whole transaction was handled with an 11 hour time difference, and correspondence between the two clients had to be handled separately with multiple attorneys in the mix. Other hurdles Golis had to overcome included helping untangle an issue with an existing loan defeasance, as well as finding a lender willing to finance 75% of the value of the property. Ultimately he succeeded in negotiating the price to an acceptable level that met both the buyer’s and seller’s requirements. 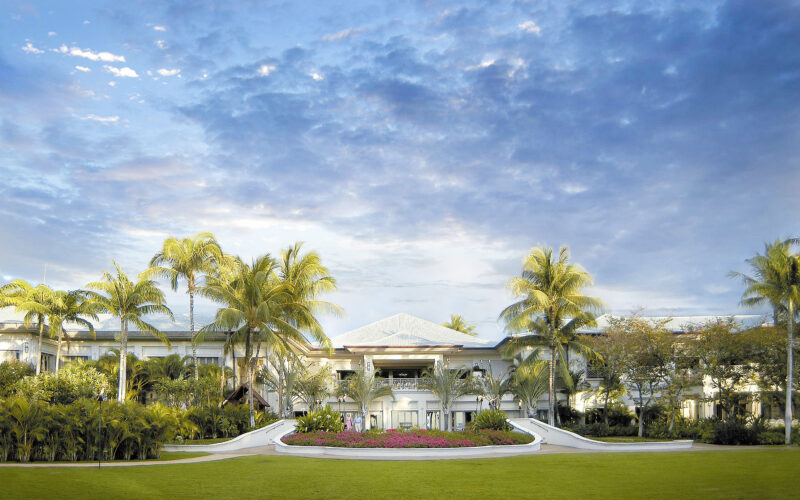 Strong relationships are vital to success in commercial real estate, and they’re the cornerstone of the Radius philosophy. Our association with Barclays Capital was instrumental in brokering the sale of this foreclosure property, a AAA Four Diamond-awarded, $150 Million hotel on the big island of Hawaii. 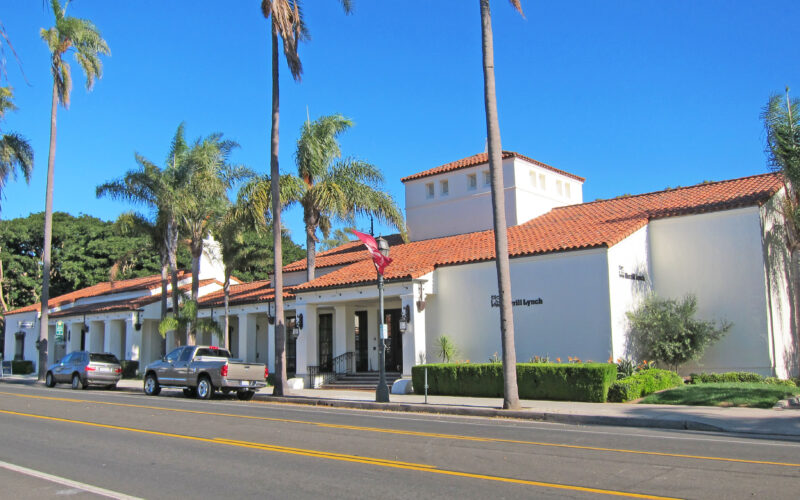 In today’s competitive market, even the savviest investors may find themselves vying with numerous buyers interested in the same coveted commercial property. Often it comes down to the brokerage team you have in your corner to get the deal done. Take the acquisition of 1424 State St. in Santa Barbara, the 15,000 square foot, net leased asset currently occupied by Merrill Lynch and Sotheby’s. Radius agents guided their client to the win while competing with 17 other solid offers. 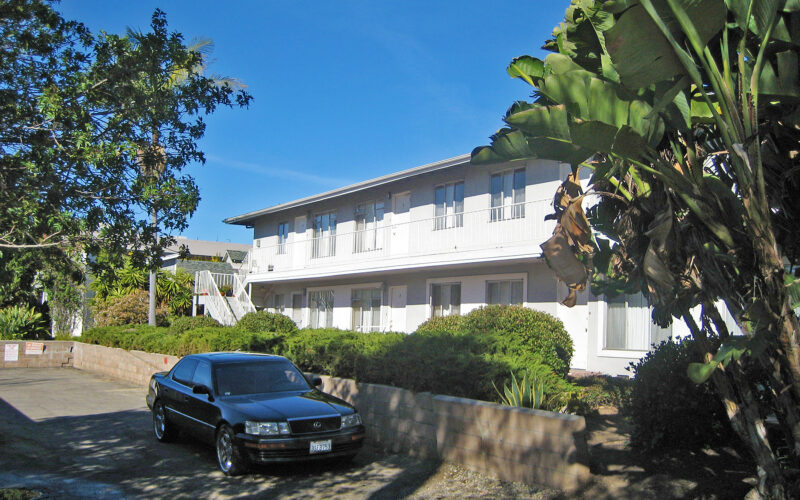 It’s not the size of this deal that stands out, but the ability of the Radius team to do what our competitors could not. This 10-unit apartment complex had been on the market for two years with another firm before Radius took over. In just under a year, our team completed a successful sale for our client. 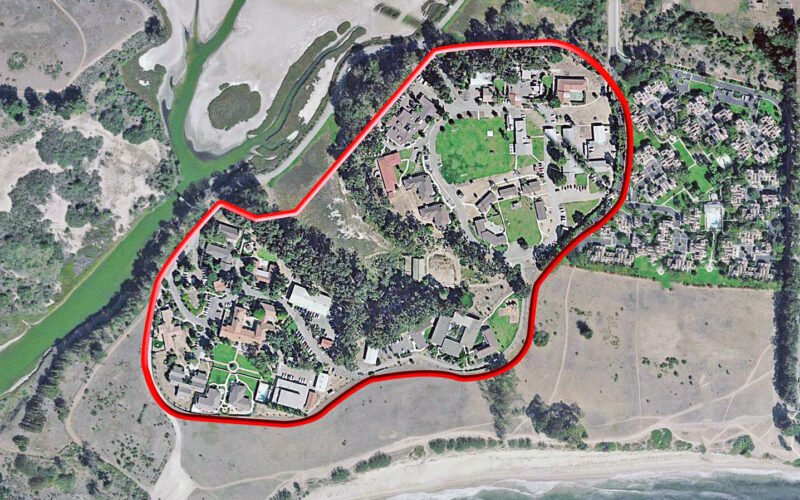 Large, complex transactions require specific commercial brokerage skills and a team with expertise managing lengthy due diligence processes. That’s why the Devereux Foundation chose Radius to engineer the sale of their 33-acre, oceanfront campus which included 170,000 square feet of building space. With ingenuity and tenacious persistence, Radius agents finalized the very involved disposition of the property, listed at $27.5 million, to the University of California, Santa Barbara. 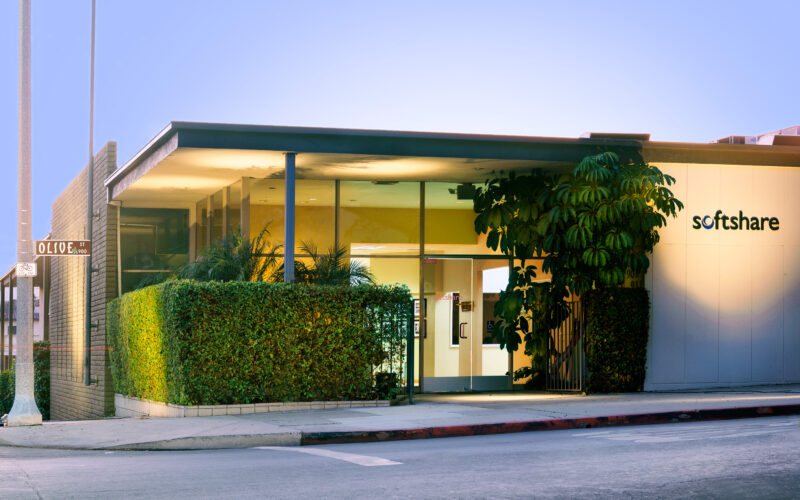 When Radius stepped in to assist the buyer of this multi-tenant, 18,000 sq. ft. office building, it was more than 50% vacant. Less than two months later, thanks to our brokers, capacity maxed out at 100%. Because of the speedy success, the buyer was able to immediately begin working on entitling the property to build apartments and a garage over the building’s parking lot. 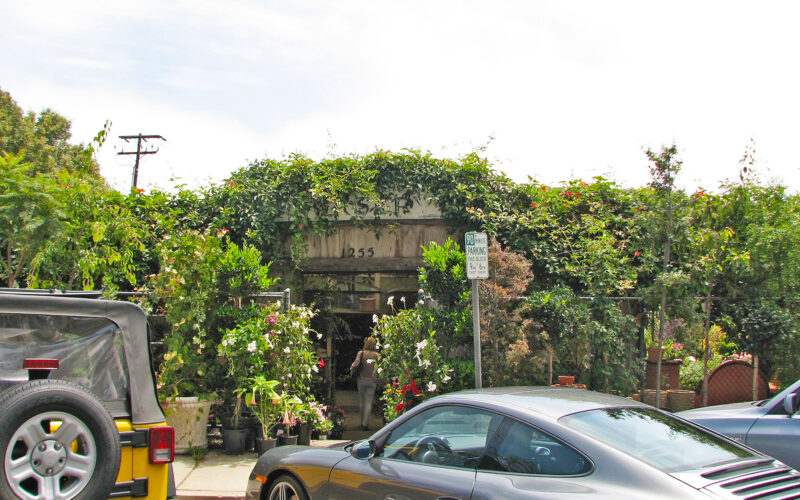 Radius represented the buyer of the former Turk Hessellund Nursery on Coast Village Road and connected him with the right contacts to get a brand new development project entitled in just one year’s time. Our team is now working with the client to find suitable tenants and secure financing to move the project forward. 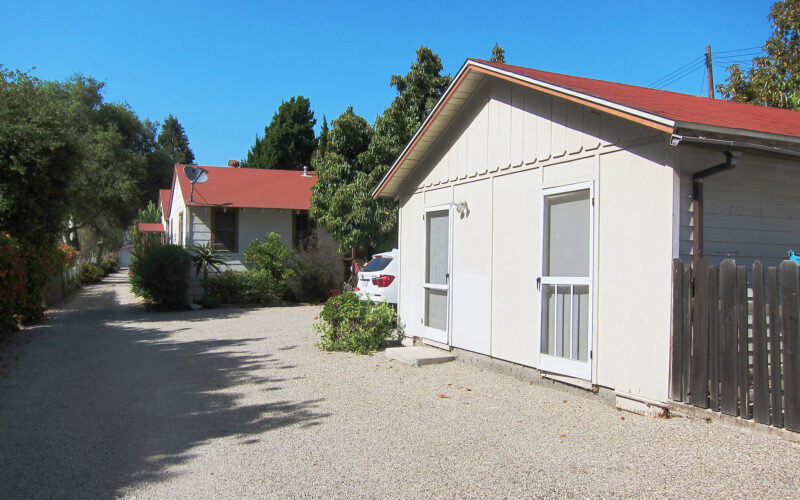 This unique, mixed-use property might have been a tough sell for some, but Radius got it sold in a matter of days. The older age of the various buildings, combined with some deferred maintenance costs, location and the property’s unconventional combination of residential cottages, retail space and barn, could have been a detractor for many investors. But through effective marketing and unparalleled negotiating, within a week of listingthe property our team presented the client with numerous offers from qualified buyers and closed the deal on an “all cash” basis just five days after the opening of escrow.

When Sansum Clinic needed our assistance locating a large, well-located space to expand its multi-specialty services within Santa Barbara, Radius agents saw a mutually beneficial partnership between Towbes Group and the healthcare organization for a one-of-a-kind development project on the corner of Foothill and Cieneguitas roads. After Radius negotiated a 15-year lease for Sansum, the Towbes Group broke ground in the spring of 2013 on land which had been vacant for about a decade. Now Sansum is slated to unveil its new 60,000 square foot medical center as early as the first part of 2014. 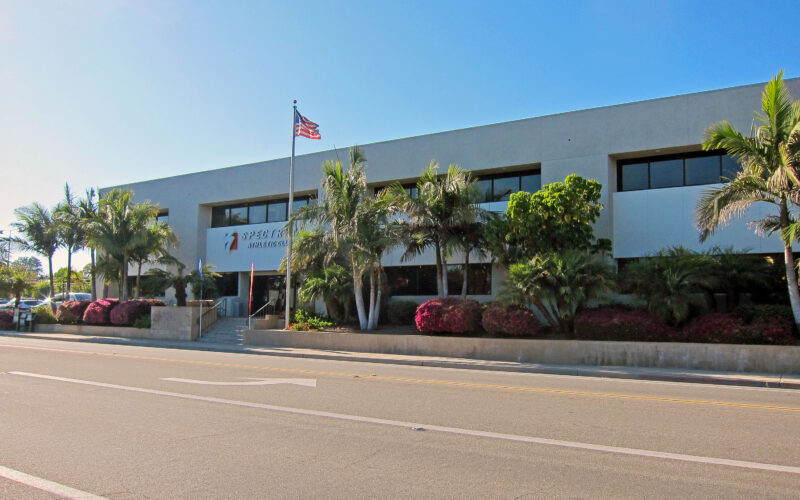 The high visibility “Spectrum Building” just off Hwy. 101 near the Fairview and Calle Real Shopping Centers had suffered from high vacancy in the past. Radius advised the new owners to invest in renovations to make the space more appealing to tenants. In May, 2013, ALG Inc. leased the entire second floor office space and the building now stands 100% occupied. 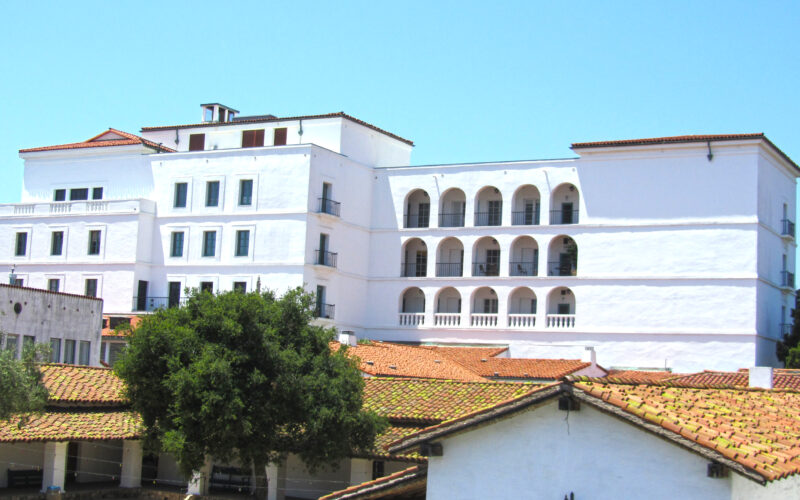 Landlords depend on their commercial real estate agents to be pros at matching the right tenant with the right space. The owner of 820 State St. relied on the resourcefulness of Radius agents to fully lease this high profile, 66,000 square foot retail/office building in downtown Santa Barbara. Radius assembled a solid mix of tenants, including signing 24 Hour Fitness for 31,000 square feet on the first floor, while leasing the remaining suites to a variety of credit tenants. 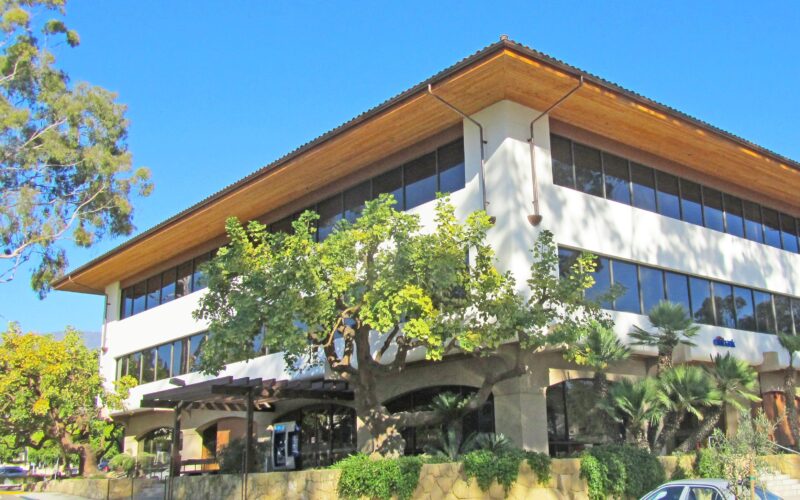 Full-service means we never really stop looking for opportunities to assist our clients with their commercial real estate goals. When the “Citibank building” at 3757 State St. came on the market, the once prominent office/retail building was in disrepair and in need of updating. Radius agents knew the fixer-upper was just the right opportunity for one long-time investor client, and after closing the sale in late 2011, Radius advised in the complete remodel of the interior and exterior bringing the building up to Class A standards to attract quality tenants. We then proceeded to lease nearly every vacant space in the building which now stands at almost 100 percent occupancy as of early June, 2013. 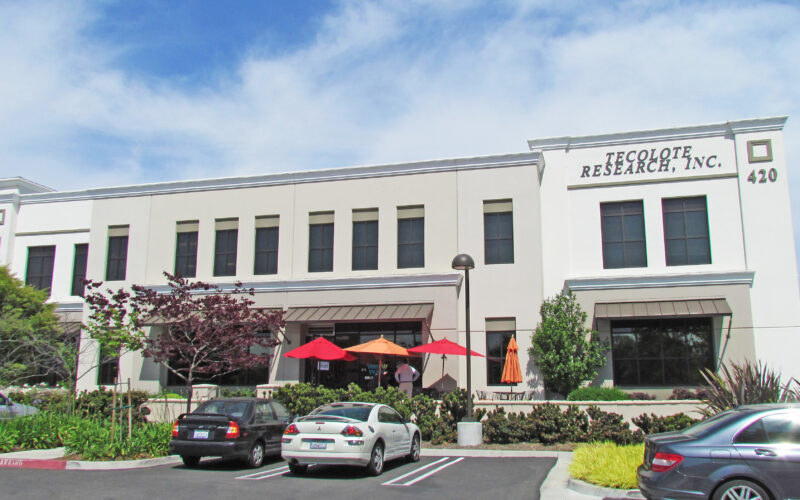 Your commercial real estate agents must have the capacity to perform even during less-than-optimal conditions. When the recession hit in 2008, the Towbes Group brought on Radius to take up the challenge of leasing a large chunk of newly constructed office space at 420 S. Fairview Ave. in Goleta. Between 2008 and 2010, Radius successfully leased nearly 45,000 square feet of available space to a diverse mix of tenants including a deli/restaurant, a law group, a financial management company and an auto safety tech firm.

California’s GDP is 5th largest in the world

Passionate about what we do, how we do it, and who we do it for

What You Should Know Before Leasing Commercial Space

There is much more riding on your lease than getting a good deal on rent.